Paintball Sports Magazine has signed Ronan to be the new sales director. For the past 4 years, he was previously employed by Procaps Direct as the national director of sales and quality assurance. As sales director for PSM, Ronan will be catering to the needs of the magazine’s current advertisers and new accounts.

“Ronan is not your typical salesman, His track record as one of paintball’s best pro players transcends into being one of the sport’s best—period. His extensive and successful background in business along with his industry connections and knowledge of paintball will benefit our magazine, our advertisers and our readers.” 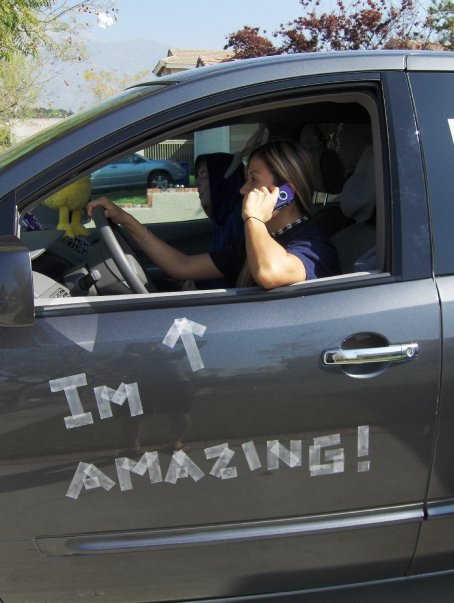 Bea Youngs, who’s amazing (see above), sent me this press release and asked me to post it, so here it is, because I have to agree with her amazingness.

November 11, 2008 (Deer Park, NY): Paintball Sports Magazine is proud to announce our online magazine, PSM’s On the ‘Net. Not only will you get the quality imagery, detailed event coverage articles, and the hottest gear reviews, but now you’ll also get to see it right on your computer screen via the World Wide Web!

After our print magazine reaches the newsstands, you’ll be able to see those same pages of the magazine, plus more…on the ‘net. In a flipbook style, you’ll not only be able skim through the action-packed pages, but will also have a chance to get a close-up view of all your favorite paintball images. Want to buy a gun you see advertised in our pages? Just click on the ad and go directly to the website to get more information on how to get it.

PSM’s On the ‘Net is available right now, bringing you 100% of our November issue, which includes video message from our editor-in-chief, Bea Youngs. See the issue in its entirety featuring the mighty Dynasty’s win at the PSP Northeast Open, the Scenario Paintball Players League in New York and Kansas, the Yanks versus the Rebels at the Civil Draw Scenario event, NFL Star Ray Lewis’ charity event including paintball, and so much more!

In future issues, only from the best in the sport, our famous writers like Greg Hastings, Mike Paxson, Jason “foolybear” Lineberger, and Dave “Landshark” Norman, will also have other video messages for you to learn everything there is to know about paintball.

All the best event coverage, images, interviews, and reviews you have come to expect from PSM will now be seen at PSM’s On the ‘Net and it’s all free!

Go now to www.PaintballSportsMag.com and stay in the know about all the latest and greatest! No matter where you are, Paintball Sports Magazine, right at your fingertips!

Bea Youngs is going to cover the NXL on BeaYoungs.com. She’s going to be covering NXL matches, so I assume she’ll post something like, team x beat team y XX to YY points, and maybe, if something interesting happens, she’ll mention that. It might be entertaining for a bit.

Though, of course, I have to critique everything.

First, only half of the links really work. Want to read the comments of a post? Click the ‘Read More’ image. Nothing else will get you there. Then visited links will have strike-through through them, which just seems stupid.

It doesn’t really look too bad, except that the header takes up nearly all of the view port at the beginning, so you’ll be scrolling a lot to read anything.

But most the annoying part is that there is no RSS feed, or at least one I could find. The CMS has RSS feed support, so why aren’t you using it? If you do, I’ll guarantee you’ll have at least one subscriber.

Anyways, this isn’t the best way to do it at all. First, in order to update, you have to have a computer with internet access, unless you have nice smart phone. So updates are probably not going to be that frequent.

What you’re doing, or at least what I think you’re trying to do, is micro-blog, sending short messages about your status and what’s going on using something like Twitter which will allow you to update via text messages. You can now update whenever and wherever.

Now, if anyone wants to actually do micro-blogging with Twitter (or a clone), let me know. I’ll gladly write about it and promote it.

If you’re wondering, they’re using ExpressionEngine, which I’ve never really heard of, though it’s pretty obvious I haven’t been missing anything. WordPress is a much better choice.