The 2013 NCPA (http://www.ncpapaintball.com) College Paintball National Championship presented by PSP Events (http://www.pspevents.com) will be broadcast this Saturday, May 18th at Noon Eastern/9 AM Pacific on CBS…

The 2013 NCPA College Paintball National Championship presented by PSP Events will be broadcast this Saturday, May 18th at Noon Eastern/9 AM Pacific on CBS Sports Network in stunning 1080 HD!

Expert commentary throughout this tight contest is brought to you by PaintballAccess.com veteran expert commentators Matty Marshall and Todd Martinez with sideline assistance from sports broadcasting professional Kristen Kenney.

CBS Sports Network is available in 100 million homes in the US on virtually every cable and satellite TV provider. If you have cable or satellite TV, you probably already have the channel… but if not, adding it to your package is a quick call to your cable company away.

Check your cable channel line-up to find out which channel is CBS Sports Netowrk (CBSSN) for you, or use the CBS Sports Network Channel Finder! 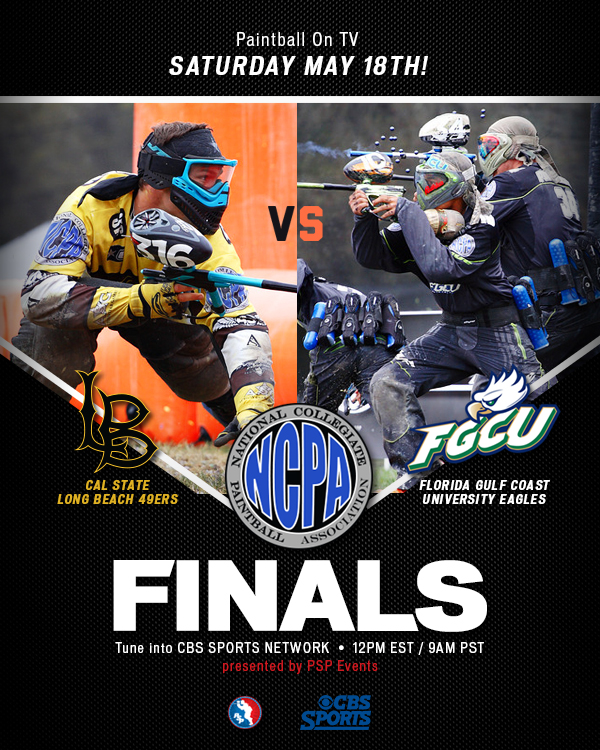