Dye launched a redesign of Dyematrix.com.

If you think they got rid of the gaudy flash, think again. It’s still all done in flash, except for the forums which are using the ever so mediocre Invision Power Boards. It even has some sort of music playing on the home, which the mute button is almost impossible to find, and makes a sound every time you hover over a menu link. Personally, I don’t need an audio confirmation when I hover over a link.

It also now has a few links to YouTube in their “media” section, which, for the most part, are just ads. Though, really, the whole media section is one big ad. You can even view DM7 ads. That’s exactly what I’ve always wanted to do. Too bad Adblock blocks them. And once that’s fixed, they’re still really small. 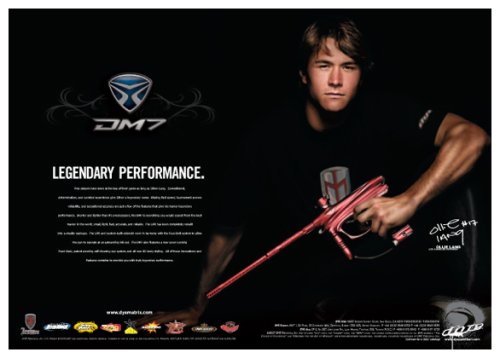 Sorry, but wouldn’t you think a 2 page ad should have a bit higher resolution.

Come on Dye, you could do much better.